13 Migraine Triggers and How to Steer Clear of Them 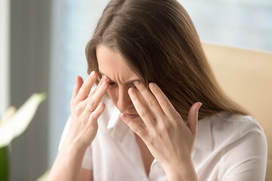 The idea that a migraine is just a headache has been debunked time and time again. While one of its core symptoms is a headache, a migraine is a neurological condition that is accompanied by other symptoms. It may or may not include a headache.

Dealing with a migraine can be a rough time as it is much more than just a headache. This is why patients are encouraged to consult a migraine chiropractor in Calgary. Some of its hallmark signs include the following:

Most people suffering from migraines report nausea and vomiting, yet it remains a puzzle for the medical community as to why they occur. Many doctors believe that migraines are caused by various factors such as genetics, a brain chemical, trauma, poor diet, environment, and some other reasons, but none have been determined as the final cause.

What Can Trigger Migraines?

If you frequently suffer from migraines, you must have known by now how essential it is to learn your personal triggers. Triggers are different for every individual. Avoiding your personal triggers can help you have fewer or less severe migraine attacks. Some of the things or factors that may trigger migraine episodes are listed below:

To learn more about the connection between head and neck injuries and migraines and other headaches download our complimentary e-book Natural and Drug-Free Ways to End Your Migraines below. 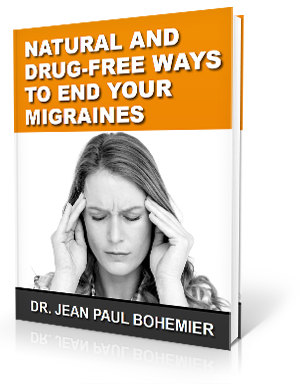 In many cases, the underlying cause of migraines can be traced back to a misalignment in the bones of the upper neck. When these bones get out of their correct position, blood flow to and from the brain can be affected. The brainstem may transmit incorrect messages from the body to the brain and vice versa. Nerves can also be affected by this misalignment.

Here at Solara Health in Calgary, Alberta, we practice a gentle and accurate method of upper cervical chiropractic care to realign these bones. After one or two adjustments, most of our patients can enjoy positive outcomes such as less severe and less frequent migraine attacks. Some patients see a complete disappearance of their migraines. Contact us to schedule a consultation and find migraine relief in Calgary.

To schedule a complimentary phone consultation with the Dr. Bohemier and Solara Health call (403) 266-2283 or just click the button below.

If you are outside of the local area you can find an Upper Cervical Doctor near you at www.uppercervicalawareness.com.