How Migraines May Be Causing Brain Damage

Previous Next
How Migraines May Be Causing Brain Damage

A study was done of 28 migraine sufferers by a team of researchers in the Netherlands. A high-resolution MRI (magnetic resonance imaging system) was used to examine their brains. Irregular readings were found in people that had 3 or more migraines per month. This was pointedly less than those that had fewer than 3 migraines in a month’s time. Similar findings were noted in those that had a history of migraines for the previous 15 years or more. The conclusion?

People who have a history or suffer from reoccurring migraine headaches are at a higher risk to develop brain damage. The study, also, states that further research needs to be done.  While this may be upsetting to a person that is coping with migraines, there is hope available.

To learn more about the connection between head and neck injuries and migraines and other headaches download our complimentary e-book Natural and Drug-Free Ways to End Your Migraines below. 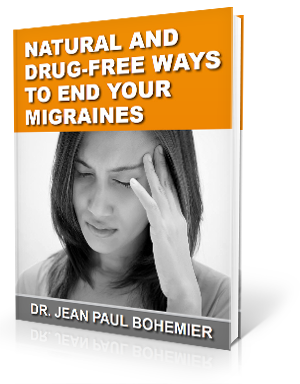 The MRI machine was invented by Dr. Raymond Damadian. He used an upright MRI in order to determine why there were changes in the blood and cerebral spinal fluid flow in certain people, including those suffering from migraines. His results were surprising. He discovered that the people showing changes in fluid flow also had a misalignment of the upper neck. A misalignment in the upper cervical spine, particularly the C1 and C2 vertebrae, can put just enough pressure on the brainstem that the body and brain can no longer communicate at the optimum level. This can cause a number of health problems throughout the body, including migraines. So, what can be done?

At Solara Health, we have been trained to find misalignments of the neck vertebrae and, using the latest technology, we are able to correct these. We employ a gentle and effective technique called NUCCA that allows the body to realign itself. Once this is done, many of the ill-effects caused by the misalignment can be reversed. Many patients report feeling better in only one or two adjustments. In some cases, migraines can resolve entirely.

To schedule a complimentary phone consultation with the Dr. Bohemier and Solara Health call (403) 266-2283 or just click the button below.